When quality is tradition

The perfect combination for hitting upon the best suckling pig

Casa Botín, founded in 1725, is the oldest restaurant in the world according to the Guinness Book of Records and a benchmark of Madrid’s best traditional cuisine.

Forbes magazine gave the House third place in the list of the world’s top 10 classic restaurants, together with its two specialties, the delicious suckling pig and lamb roasted in the Castilian style.

Three and four times per week, shipments of the best Segovia suckling pigs and lambs arrive at the restaurant from the magical triangle for this meat: Sepúlveda-Aranda-Riaza.

Slowly the lambs and suckling pigs are browned under the heat and slow and solemn breathing of the old oven, which is fed with holm oak wood. An oven that has been in operation since its foundation under the watchful eye of the roasting masters and the expert chefs who have spent their entire working lives in the House.

This firewood and its embers, strategically placed to the left of the stove, harmoniously distributes the flavours of the salt, pepper, water, lard, white wine, bay leaf, onion and garlic around all the pieces of suckling pig and roast meat. 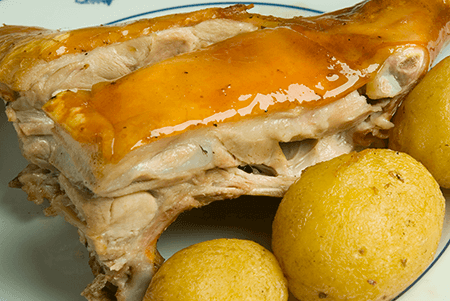 Have a real experience in the Botín Restaurant, get to know all the corners and secrets with this completely new format through the most cutting-edge technology, 3D scanning.

Back to the origins

This may be signature cuisine, yes, but it comes with the signature of centuries of tradition, imbued in the essence of the best ingredients, very much living by the notion held by Gaudí that originality means returning to the origins.

Thus, our mission is for Madrid’s customs and history to be felt with each bite. To continue inspiring writers and artists, ensuring that they continue to seat their characters at our table. But above all we want to continue seducing the palate and soul of each one of our diners, with the care and attention that we put into each dish and into our service.

Although we aspire to serve the best suckling pig or lamb at each table, this does not mean that we disregard or neglect other dishes: you can also enjoy a beautifully cooked line-caught hake, fresh sole, clams Botín-style, Castilian soup, a refreshing gazpacho and many others delicacies accompanied by the best wines.

Where words and flavour sit down at the table

Casa Botín has also served meals to numerous literary personalities. Ernest Hemingway, Benito Pérez Galdós, Graham Greene and María Dueñas, among many others, used the restaurant as a backdrop for their novels.

Encounters between spies, the turbulent story between Jake Barnes and Brett Ashley, Doña Francisca Juárez and her hardships, Sira Quiroga… all of them sat down at a table in one of Casa Botín’s four dining rooms, particularly to enjoy our suckling pig. 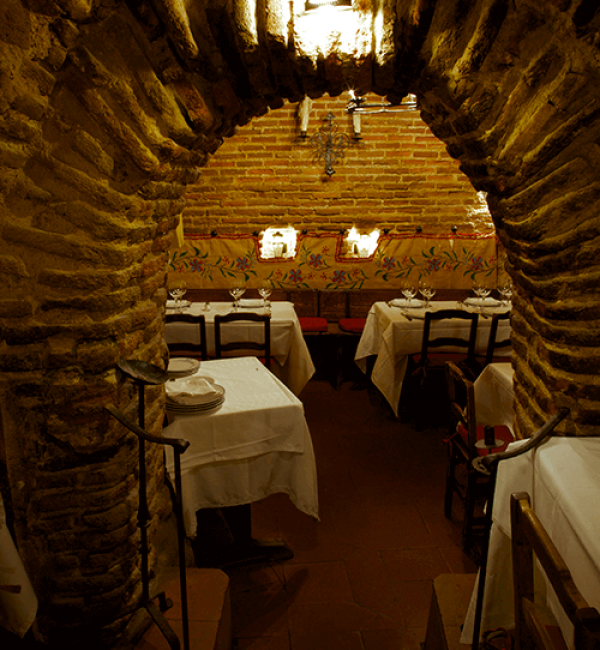 Botín, the eatery where Madrid simmers its history

Madrid has grown almost at the same time as Casa Botín. The building’s first records appeared in 1590, barely 30 years after Felipe II named it the capital of the kingdom.

From cooking the ingredients provided by the customers due to the legislation of the time to being regarded as one of the best venues for enjoying suckling pig and lamb, many are the changes the city and restaurant have lived through together. 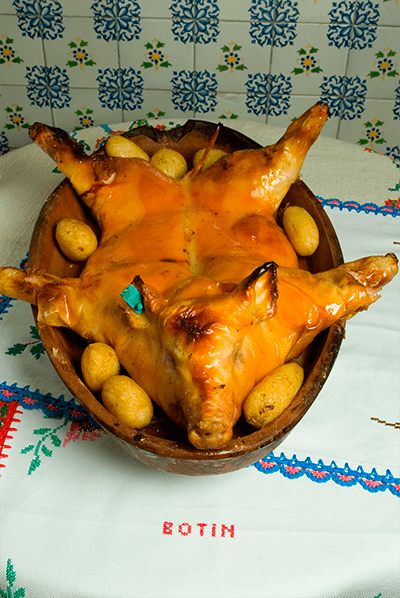 Chronicle of a city

To dine in the restaurant is to sit down at the table with Madrid’s history by your side. Let me tell you… 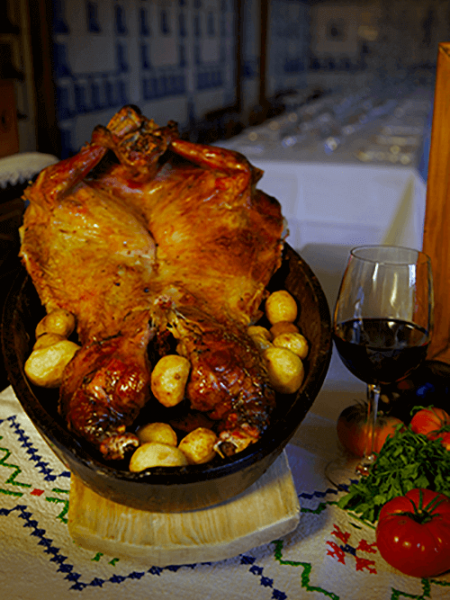 Get to know Botín's menu

You can find out more about which cookies we are using or switch them off in settings.

This website uses cookies so that we can provide you with the best user experience possible. Cookie information is stored in your browser and performs functions such as recognising you when you return to our website and helping our team to understand which sections of the website you find most interesting and useful.

Strictly Necessary Cookie should be enabled at all times so that we can save your preferences for cookie settings.

If you disable this cookie, we will not be able to save your preferences. This means that every time you visit this website you will need to enable or disable cookies again.